My Story: Why The CAA is Needed 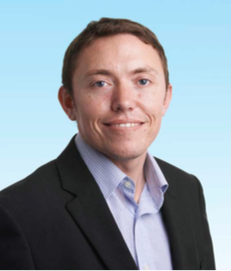 We recently had a ‘wear a football shirt to work’ day in our office for charity. One of the actuaries took the opportunity to wear a shirt which said “It only took nine years” referring to how long it took his beloved AFC Wimbledon to gain promotion to the football league. However he felt obliged to cover it up in order not to demotivate the students in the office who might assume it was a reference to how long it took him to obtain those mystical three ‘FIA’ letters at the end of his name.

And that in a nutshell is why the CAA has been needed for some time. As it stands, students have a horribly binary choice – stay the course, slog it out and one day you’ll be popping champagne and trying not to analyse too much if it was worth the sacrifice (it probably was, you reflect). Or you give up, deciding life’s too short and for ever more enjoy your Easter weekends but potentially with a slight nagging feeling that you don’t have anything to show for your endeavours.

I had a relatively swift route through the CTs myself, but then like many got stuck when told I had to start writing more words, remembering lists and generally being more creative than writing the words ‘taxation’, ‘administration costs’ and ‘legislation’ at the end of every question in the hope of scraping a few bonus marks.

At the same time we had a fundamental shift in how we do actuarial work at Capita, with the analysts splitting into two pools - a core technical centre on one hand with the rest providing consulting support to the actuaries on the other. This seemed a great way to validate the decision I’d made in going down the technical route and an opportunity to gain a qualification that more closely reflects this new role.

Within the technical centre we have a number of new joiners in the last 12 months who have now started down the CAA route with Capita’s support. This enables them to get the necessary grounding in the theoretical aspects of what we do but without either them or the company having to commit the all-consuming time and costs involved in going down the FIA route.

I do have a large degree of optimism that the qualification will gain respect across the industry. The first set of results suggest to me that the quality and rigour of the CAA exams is up to the standards expected with CT modules, just that the material itself is more focussed on the purely core technical concepts.

My hope is that the CAA qualification will act as a sort of rubber stamping of the level I’ve reached as a technical analyst. I am also hoping as we get a few increasingly experienced members of the team reaching CAA status, it will help show junior members of the team that this is something worthwhile working towards.

All being well I will ‘qualify’ this year and if so I will be sure to crack open the Buck’s Fizz (well, champagne would be a bit OTT after all - especially if I’m paying) and reflect that yes it was worth the somewhat reduced level of sacrifice and start to look forward to a summer on the golf course instead of one spent studying.

Recruiting? We can help

We’re about to transport you to our dedicated Career Test website, MyCareerSpringboard.org

This is a digital high five.

Let’s get this party started!

So you’re considering a career in finance!? Awesome. We can help with that!

Sign up now for the latest finance jobs, the freshest news and the very best advice.

Ain’t no party like a finance careers party, right?